The project was realized in the year 2012,which won the competition organized by the National Cultural Fund Administration. The official launch of the guard occurred in October 26, 2012.

Basic program consists in carrying out specific military Roman army maneuvers, for the duration of 30 minutes, including the presentation of the structure of the Roman army and the Legion history by focusing on the XIII Gemina Apulum. It also puts in scene the fights between a roman Legionary and a Dac warrior. Elaborating those, have primarily a scientific nature, valuing the idea of authenticity, not excluding, however, the orientation toward public entertainment. 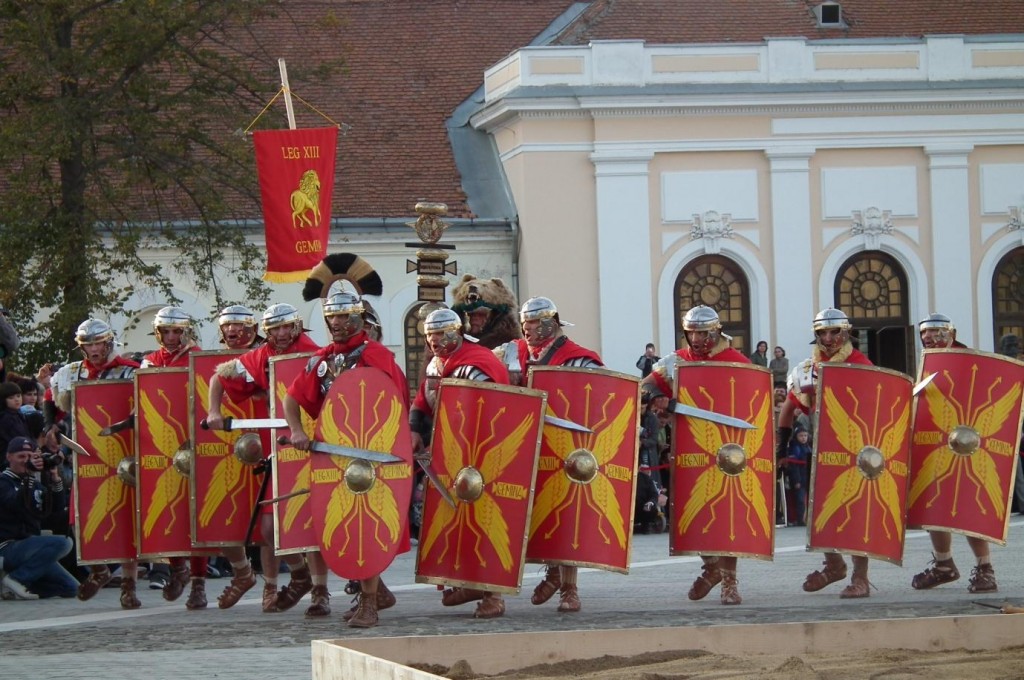 Very important for the image of the Roman guard, as a cornicen,which is spectacular both through his clothing (similar to banner holders), and through the sound effects that he is responsible for. Though presently,in the initial project,the cornicen character was not yet completed, the character has a very complex nature.